Richmond Virginia Bat Removal Services are provided by Virginia Professional Wildlife Removal Services, LLC.  As a local, full-service wildlife control company we take pride in specializing in the removal of bats from homes & businesses in Richmond, Virginia. We guarantee our work with a 1-2 year warranty, based on the structure. We handle all Richmond bat removal projects humanely, which is required by State & Federal Laws.

Richmond Virginia Bat Removal is done successfully using a technique known as Live Bat Exclusion.  Basically, the process of bat exclusion involves hanging one-way bat cones, netting or similar devices over the primary entry point. This allows the bats to escape the home, but not re-enter. Also, the rest of the home must be completely sealed-up to prevent reentry. 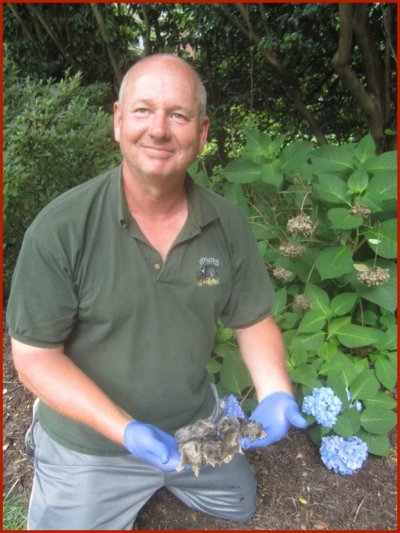 Eddie – A Top Of The Line Wildlife Professional Here At VPWRS!

Bats living in attics, soffits, and chimneys are the most common nuisance complaints. Furthermore, most people discover they have a bat problem when bats invade living quarters – which is the first sign of bat infestation. If you’ve had only 1 bat inside your residence, it may potentially be an isolated incident. However, if several bats have been getting inside the home, then bat infestation is likely the cause. In conclusion,  determining the root cause of the bat problem demands an inspection. You can trust the good hands and experience of VPWRS. 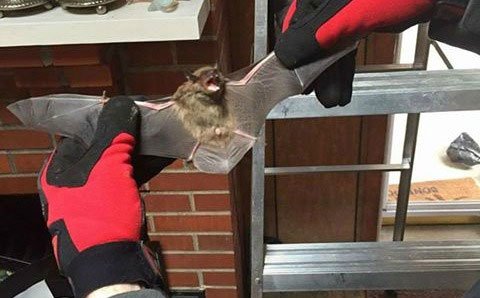 Another successful Humane Richmond Virginia Bat Removal by Virginia Professional Wildlife Removal Services, LLC. Also, we safely return these captures to the wild after we close all bat entrances to the home. This bat will never get into this Richmond home again!

Bats will congregate in large colonies, sometimes ranging into hundreds of individual bats. Larger colonies can cause a whole lot of damage to an attic, mainly due to waste (guano) and urine contamination. Bats will pretty much just show-up in their little gang thinking they can take over your home and go to the bathroom wherever they please… But, the one thing the bats weren’t counting on is our team here at VPWRS being on the job! We offer humane solutions to bat problems in Richmond by excluding the bats alive & sealing the home completely.

Advantages Of Choosing Our Service At VPWRS Of Richmond, VA:

Thank You For Choosing VPWRS. Remember To Bookmark This Page For Future Reference!

“We love our job. Richmond wildlife removal is a job that brings with it a lot of excitement! In this line of work, we find ourselves wrangling all kinds of critters, such as raccoons living in chimneys, bats flying around homes at 2AM, and much, much more! We’ve seen it all. Not many have the experience we do! Which is why we are the best choice for your Richmond Virginia Bat Removal needs. If you’re having a bat problem in your Richmond home, or any other wildlife issue, don’t hesitate to call our professionals at VPWRS! You won’t regret it.” 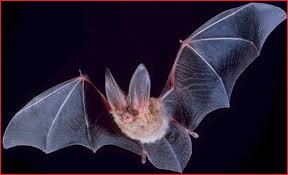 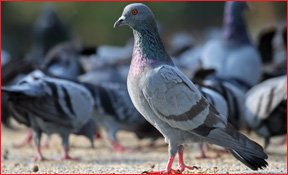 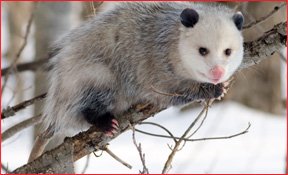 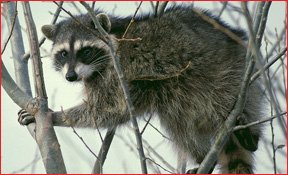 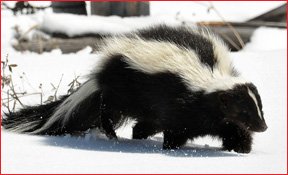 Live bat exclusion is the process of removing bats from a building alive and sealing them outside after they have been successfully evicted. After the eviction process had been performed, the bats will be able to seek out a new place to live. This humane process is the only legal method in handling bat problems due to State & Federal Laws governing the removal of bats. Unlike other types of services, such as trapping wild animals, bat removal is much different in the sense that it is a more construction-based service, and it’s not as easy as getting rid of the problem overnight.

The Richmond Virginia Bat Removal Process In A Nutshell

Richmond Virginia Bat Removal jobs involve sealing the structure at locations large enough for bats to enter, followed by installing one-way bat cones or bat netting over the primary entry points. This is the area where bats are coming and going. The one-way bat cone or nets will allow the bats to travel through unharmed, and upon returning, they will be unable to get back inside, hence “one-way.”

Read Post: How to Handle Bats Living in Your Chimney

Hanging the Bat Cone or similar devices over the primary entry point will ensure the bats cannot access that area again. However, it would not be effective without sealing the rest of the structure. After the bats are excluded from the primary entry point, they will search for another area to get inside. That is why sealing is so important. Missing 1 small gap during the sealing process will grant the bats a one-way ticket back into your house… So, it’s very important to be meticulous during the sealing process. It’s a lot easier said than done, but you get the idea!

About The Cost Of Bat Removal In Richmond Virginia:

Since every home is constructed differently, the amount of sealing work we have to do will vary based on the condition of each individual structure. So, as a result, the cost for bat exclusion will vary, depending on the home. There is no “Set Rate” for bat removal. That said, in order to calculate the exact cost, a full-home evaluation must be done. 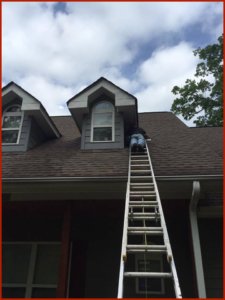 Sealing A Dormer On A Home In Richmond Virginia So The Bats Cannot Re-Enter.

Older homes naturally have more gaps, so the cost for bat removal will generally be greater on older homes. When considering cost, the condition of the home is everything. That said, we’ll now give you an idea of ballpark cost. For an average 2-story home with relatively good construction, bat exclusion will start-out around $1200-$1800, and it goes up from there. We’ve worked on larger and/or poorly constructed buildings for 3-4 times that cost. Like we said before, pricing is all dependent on the size and condition of your home. The number of bats is irrelevant because the bat exclusion process is performed in the same way, regardless of the number of bats. However, the more bats you have = the more damage that probably needs fixed. Bat droppings and urine can severely damage an attic, but we can help you with all of that, too!

THE PHOTO BELOW SHOWS A USELESS ATTEMPT TO EXCLUDE BATS WITH FOAM. AS YOU CAN SEE FROM THE BAT GUANO, THE EFFORT FAILED.

“Why Did Bats Choose To Invade My Home?”

Generally speaking, it can just be a stroke of bad luck when bats invade your home. They could have just as easily got inside the neighbor’s house. However, that is not always the entire truth. Science has found that bats which were born inside man-made structures are far more likely to invade a building once they reach adulthood. Living in a home is much preferred for these types of bats, because they are used to the benefits a man-made building provides. The majority of bats are born in natural environments, but as more of that natural environments is destroyed in order to construct homes for people, the more common bat infestation becomes. These animals have been here a lot longer than we have, so they are simply adapting to the changes humankind has forced upon them. 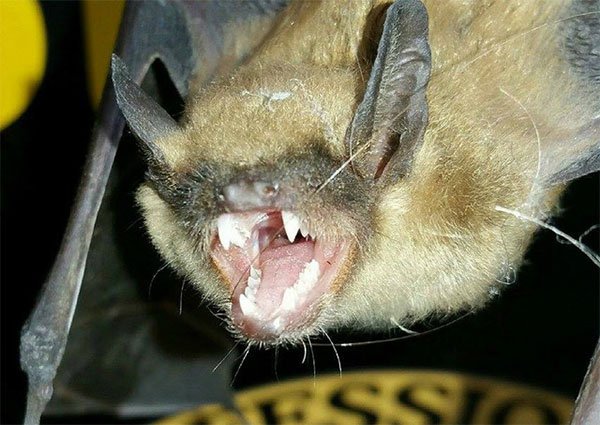 Our Richmond Virginia Bat Removal Specialists At Virginia Professional Wildlife Removal Services, LLC don’t want you to confront the sharp teeth of a bat flying in your home. Please call us at (804) 457-2883 so you don’t face a bat bite in your home.

Bats prefer living in man-made structures due to the ideal conditions the home offers. Such as, for raising young, and being sheltered from outside conditions. Wouldn’t you rather live in a nice comfy attic, as opposed to a damp cave or log? Sure you would. And so do the bats!

Most Bats Congregate As Females

99% of the time, bats invading a home will be congregated in what is known as a “maternity colony.” Maternity colonies are a group of bats which are all female. They join together to work as a team in raising their young. They also congregate for the purpose of cuddling together to share body heat. That’s right – in order to stay warm, bats will “ball up” to form one big comfy bat ball.

Some bats stay up north to hibernate, while other species migrate south for the winter. The most common home-invading species of bat is the Big Brown Bat. They hibernate inside your attic during the winters, preserving as much body fat as they can. To preserve their fat, they must avoid burning calories by not moving around much. Burning calories during hibernation = death by starvation. So it’s unwise to disturb a bat colony during the winter months. In conclusion, count your lucky stars that you were born human, and not a bat!

Going Batty Because Of Bats? Don’t Suffer Any Longer! Call Virginia Professional Wildlife Removal Services, LLC For All Of Your Bat Removal Needs In Richmond, Henrico and Charlottesville Virginia.

WE ARE THE BEST

How Do I Know If I Have Bats In My Attic?

The most common way homeowners or renters determine that they have bats in their attic is by seeing a bat flying around the living quarters of a home or structure. While bats sometimes enter through an open door or window, most of the time the source of the bat invader is a bat colony living somewhere in the attic. If this has happened to you, call us now for Emergency Bat Removal and to schedule a bat inspection and assessment of your home.

Other methods of determining if bats are present in a home include:

“Should I Hire A Company For A Home Inspection?”

The best way to determine if bats are present in a home is to have a licensed and NWCOA Bat Standards Certified Professional Wildlife Control Operator or Wildlife Removal Company to perform a detailed inspection of your home. Simply looking in the attic with a flashlight is usually not effective and can prolong a problem if the bats are not located. All bats in a colony are usually not visible when you look or even crawl up into the attic space. Bats will frequently rest in an area that is not visible including inside wall voids and in small crevices that may not be recognized by untrained homeowners. 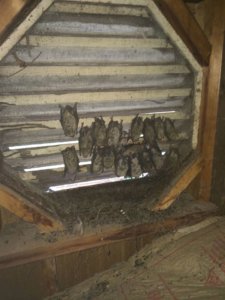 Our bat removal experts are getting ready to remove these bats from a customer’s attic. This is a job only for NWCOA Bat Standards Certified Pros.

Bat Removal USA is a national directory of bat removal professionals. We find companies in the USA that are qualified to perform bat removal projects humanely and professionally. Nobody likes having bats in the house and we try to find wildlife removal companies that can handle your problem.

There are some companies that use lethal methods of bat control, but we do not support that practice. It’s illegal in a lot of states. The only time that bats should ever be euthanized is when they are tested for a rabies after potentially coming into contact with a person or pet that has not been vaccinated for rabies.

All other scenarios call for a live bat exclusion, where the bats are excluded outside the home using one way devices. We have been in contact with Virginia Professional Wildlife Removal Services, LLC in Richmond Virginia and our team here at Bat Removal USA are confident in their ability to perform bat removal services. Call them today for professional bat exclusion services. 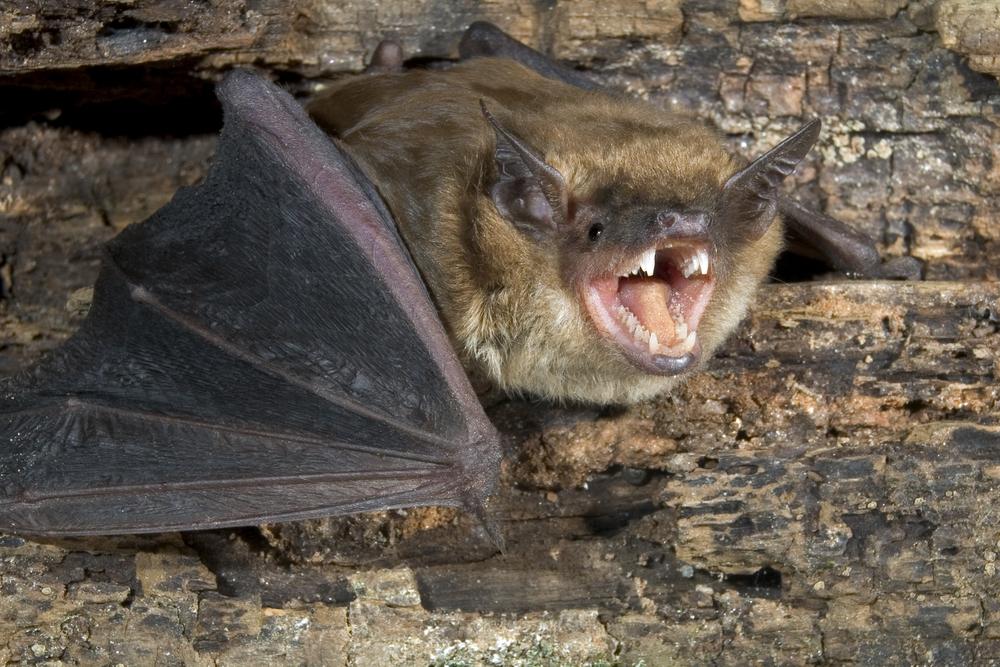