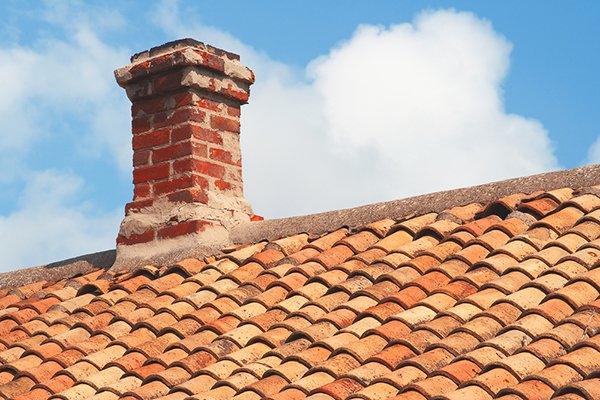 How To Remove Bats From The Chimney

We are constantly receiving calls from homeowners asking us How To Remove Bats From The Chimney Or Fireplace. If you have bats in your chimney, it’s important that they be removed humanely and legally (See our page, What If I Have Bats In My Chimney). The bats are in your chimney because it is warm and provides shelter for them and protection from predators. Bats are beneficial to the environment because they eat insects and pests, and many are protected species. Although bats don’t harm your home’s or your chimney’s structure, they can cause a number of health problems.  Also, you may want to be able to use your fireplace, and you can’t if you have bats. Over time, the guano accumulation will fill your chimney.  XX https://batsinattic.com/faq-items/what-if-i-have-bats-in-my-chimney/

First of all, DO NOT START A FIRE. You will have to open the damper to start a fire, and when you do, bats will get inside the house. If you start a fire, burning bats will flood your living room as they screech down the damper and crawl through gaps down the sides.  Some bats would die and to kill bats is illegal and inhumane.  The same principles apply for getting bats out of chimneys as for getting bats out of a house, or any other type of building or structure. You have to find the exit point, and properly install a one-way exclusion device over it. You can’t, unfortunately, just let the bats fly out at night and then install a chimney cap. Not all of the bats go out at once. You need to install exclusion devices that let the bats fly out, but not back in.

Why Is Timing Important
Depending on the time of year, you could be stuck with your bats for a while. Only colonies of female bats inhabit chimneys, attics, and other places in buildings. The female bats give birth in April or May. Until the end of summer, the babies are flightless and confined to their roost. It is illegal to kill bats, and it is also illegal to perform a bat removal during the months that flightless babies could be present. Even if you wait until the adults fly out and then close up their entrance, the babies will remain. Without their mothers to care for them, the babies will crawl out of the chimney and end up in the living areas of your home. The mothers are also likely to search for new ways to get in and get to their babies. The only legal and permanent way to remove bats from your chimney is to perform bat exclusion. This also can only be done during the months when there are no babies present.

If you live in an area where the climate becomes colder during the fall and winter months, you can simply wait for the bats to migrate. Listen for the sounds of the bats and observe your chimney at dusk. Once you are sure they are all gone, you can then seal all of the entry points. Sealants can be used on cracks, and you can use netting with a fine mesh to block the top of the chimney and any other area that can’t be completely sealed. The bats will return when the weather gets warm, but if they are unable to get in, then they will move on and find another place to roost.

If waiting is not an option, or your climate is warm enough that the bats don’t migrate then you will need to do a little more work. There are several devices that can be used for live bat exclusion. This is a process in which a device is used at the entry points that will allow the bats to exit, but will not allow them to get back in.

Exclusion devices come in several forms, including pipes, funnels, and netting. The devices are fitted with one-way valves, which allow only for exiting. Before installing the exclusion devices, make sure the damper is completely closed or the bats may exit the chimney and enter the living areas of your home. The exclusion devices are put in place, and used for several days until no more bats are observed. Once you are certain that no bats remain, then the exclusion devices can be removed and the points can be sealed. If bat guano has accumulated in an area that is accessible, you can begin cleaning it up safely. Since it is considered hazardous waste material, safety precautions must be used when cleaning it.

We hope that this has been helpful information on how to catch a bat in your house or how to remove bats from the chimney. For more info about local Bat Removal, visit our Frequently Asked Questions page.