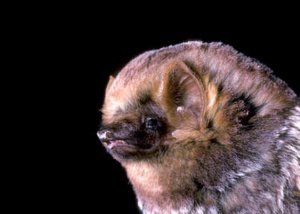 The distribution of Seminole bats seems to be closely associated with the distribution of Spanish moss, the clumps of which provide roosting sites. The adult bats are solitary and roosts are usually occupied by a single individual, or a female with young. Bat-inhabited moss clumps are usually shaded from the sun and often on the west and southwest exposures of oak trees. Bats have been observed roosting in such clumps from 1 to 5 m above the ground.

“The Seminole bat, is medium in size. It is dark in color, characterized by a brown fur that is the color of deep, rich mahogany. However, its appearance is not dark, due to frosted tips that give these bats distinctly red, almost maroon, color.”

The bats emerge from their daytime roosts early in the evening and forage among or above the crowns of the trees, over watercourses, and around clearings. They may occasionally alight on vegetation to capture prey. Their food consists of true bugs, flies, beetles, and even ground-dwelling crickets. The two to four (normally two) young are born in late May or June. The young bats grow rapidly and are thought to be capable of flight at the age of 3 or 4 weeks.

“Mating occurs in flight during the fall. It is thought that the sperm is stored during the winter, and then 1 to 4 young are born in late May to early June. Gestation period is from 80 to 90 days. An average of 3.3 young are born per breeding season, which is unusual as most bats have only one young per litter. These young can fly as soon as 3 to 4 weeks after birth and young probably reach sexual maturity in the year following their birth.”

Seminole bats are thought to be resident within their range in the Deep South. They do not hibernate in the true sense, but rather are active throughout the winter when weather conditions permit. Observations indicate that on days when the ambient temperature is below 20°C the bats do not leave their daytime roosts, but whenever temperatures in the evening exceed 20°C they emerge and take wing.