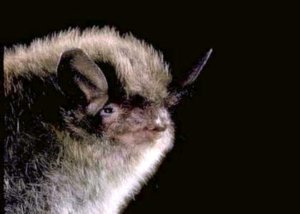 Historically, the little brown myotis was abundant throughout forested areas of the U.S. as far north as Alaska. It ranges from Alaska to Labrador and Newfoundland (Canada), south to southern California, northern Arizona, and northern New Mexico. In the West it is found mainly in mountainous and riparian areas in a wide variety of forest habitats; from tree-lined xeric-scrub to aspen meadows and Pacific Northwest coniferous rain forests. This species is especially associated with humans, often forming nursery colonies containing hundreds, sometimes thousands of individuals in buildings, attics, and other man-made structures.

“The swampy habitat for the Little Brown Bat offers them access to plenty of insects. They also have access to water for drinking. Wasps and moths are the majority of their diet in such an environment. They can consume up to half of their body weight each night when it comes to their eating habits.”

In addition to day roosts in tree cavities and crevices, little brown myotis seem quite dependent upon roosts which provide safe havens from predators that are close to foraging grounds. Little brown myotis forage over water where their diet consists of aquatic insects, mainly midges, mosquitoes, mayflies, and caddisflies. They also feed over forest trails, cliff faces, meadows, and farmland where they consume a wide variety of insects, from moths and beetles to crane flies. Individuals can catch up to 1,200 insects in just one hour during peak feeding activity.

“The female Little Brown Bat is ready to mate from 7 to 9 months of age. The males mature later, when they are about 1 year old. Even though mating occurs in the fall, the females are able to delay the fertilization of the sperm and the egg. She won’t allow that to occur until spring time.”

Today, this species has been heavily impacted by the devastating disease, white-nose syndrome. Once abundant throughout eastern North America, the species is now uncommon throughout much of its eastern range.