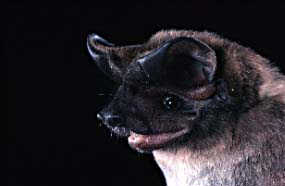 The Florida bonneted bat is Florida’s largest and rarest bat and may be one of the most critically endangered mammals in North America. Since 2003, surveys have documented this bat in only seven Florida counties. Biologists estimate that the entire population of Florida bonneted bats may be less than a 1,000 individuals. This species is vulnerable to a wide variety of threats, including urbanization and habitat loss, small population size, restricted range, low fecundity and relative isolation. On November 1, 2013, the U.S. Fish and Wildlife Service formally listed the Florida bonneted bat as Endangered.

“The Threats: Loss and degradation of habitat due to human activities and occasional hurricanes has been devastating for this species. It’s very small population size and restricted range make recovery especially difficult and slow. In addition, the U.S. Fish & Wildlife Service, in listing the bat as Endangered in November 2013, said climate change, “including sea-level rise and coastal squeeze,” is likely hit the species very hard.”

With a wingspan of up to 18 3/4 inches and weight of 37-47g, it is about 70 percent bigger than the Mexican free-tailed bat. Florida bonneted bats (formerly known as Wagner’s mastiff bats) inhabit semitropical forests and have been documented roosting singly or in small colonies in a variety of locations, including limestone outcroppings, tree hollows, bat houses, chimneys and in Spanish tile roofs. Today, however, this bat is only known to occupy a few bat houses, an abandoned house, and a few tree cavities.